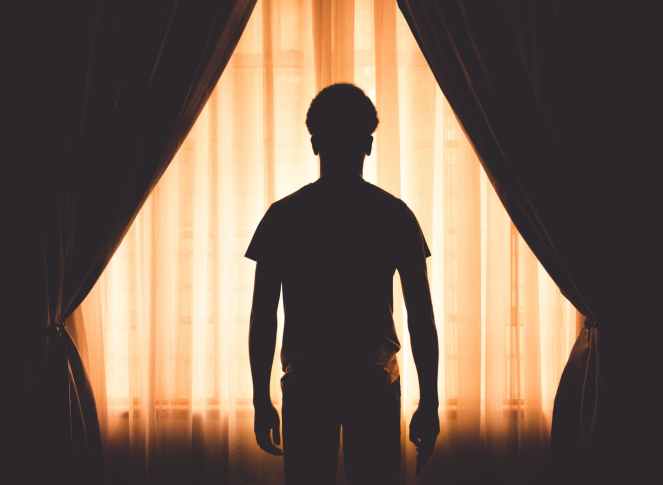 Day four without any real human interaction. I still felt good, refreshed, pure, uncorrupted. Messages had been shared on the usual channels of communication: Facebook, Whatsapp and Tinder (things were desperate after all). We were a generation prepared for this; the majority of our chat nowadays was done via electronic devices and satellite signals. It wasn’t much different to how you lived your life anyway and it occured to me that we were by far the most spoiled generation in history to cope with being stuck indoors for a long period of time. At your very fingertips you had a wealth of entertainment and communication mediums waiting to stimulate your mind as the solitary weeks went on. I thought of how much more difficult it would have been to self-isolate during a historic pandemic such as the plague. Of course that virus was much more deadly on a mass scale which naturally made it more desirable to stay cooped up inside. Going out into the town to trade and buy goods could see you contracting a flesh-eating disease that killed the vast majority of the people it infected. Even though they had less to keep themselves entertained, it made sense for the people to be motivated to stay indoors as much as they physically could. During this new outbreak you were still allowed outdoors to exercise, buy food, commute to work and walk the dog. Some freedom was permitted and naturally it was tempting to venture outside to taste the fresh spring air. But where exactly did one draw the line morally during a pandemic? By going out into the world, you could potentially contract or pass on the virus to others. Those people walking down the street were as potentially infected as you were. Two metres distance at all times would be necessary. Coughs avoided. Hands washed at all opportunities. Faces left untouched. Greetings verbal, not physical.

One thing people had to do to survive was go shopping for food. This was a time when the social atmosphere was at its strangest. A crowded supermarket was surely one of the worst places to be in terms of contracting the virus and consequently the stores were filled with a quietness that spoke a thousand words. Glares were cast at you should you invade someone’s space or cough without covering your mouth. Just picking up and putting down the basket was an intimidating process, as well as using the touch screen or opening the fridge door. Looking at the efficiency the virus spread, it was hard to contemplate the gravity of what a simple handshake or cash exchange could result in. It had been proven that the virus could live on surfaces for many hours, so naturally you were obsessively mindful about whatever it was you touched with your hands. Maybe that loaf of bread you put back down was going to spread the virus to someone else? Maybe that receipt the cashier gave you was going to put you in hospital on a ventilator? It was a surreal thought which again made you feel like you were in a movie of some sort. At the worst moments, the paranoia crept in and an uneasy tension filled the air around you. And rightly so; it was in no way an exaggeration to say that death potentially lingered all around you.

Right now the actual death tally of the virus was relatively low compared to historic pandemics, but it was now starting to shoot up across the world, going past 10,000 and climbing quickly through the teens. Italy was seeing the highest rates of infections and deaths. The European outbreak had started there a few weeks back and now at its peak, we were seeing between 500 and 800 deaths a day. The statistics were growing faster all the time and you would find yourself fervently checking the latest news reports every few hours. It was all a little morbid I guess, but it showed just how much the virus had already been circulating through society. Ultimately the measures of social isolation had been put in too late. It was usually a week or two after contracting the virus that people ended up fighting for their lives on breathing support. By the time full lockdown was in place, the virus had already spread throughout society far more than the confirmed cases suggested.

With cases gradually getting out of control in the U.K, it was only a matter of time before they followed suit and put the country under a full-scale lockdown. That moment came on the 24th of March after Boris Johnson had addressed the British public with a dramatic speech in which he shamelessly channelled the ghost of Winston Churchill. It was a bad day for me because I had flouted my isolation the night before and decided to go meet a girl at her place. I went over and stayed the night at her house, waking up to find the country on a strict lockdown, only being allowed out the house for essential things (i.e. not going somewhere to get laid). I walked home on the deserted streets and immediately I felt guilty about my actions. Every one of us could potentially infect others and by keeling over to my sexual needs, I could have put people in danger. I grimaced at the thought and immediately messaged the girl to make sure she self-isolated (something that was of course now obligatory anyway). It was a wake-up call which caused me to reflect deeply on my personal behaviour as one ultimately had to in a time of a global pandemic. With the sheer craziness of what is happening, it was easy to feel like you were in some sort of dream, but at some point it suddenly struck how real it all was and just how important it was to be mindful of your own interactions with the world.

Now going outside would only be done for essential food and the occasional run in the park. Luckily my flatmate had moved out recently which meant I could access the balcony outside her room. Balconies and rooftops were a godsend in this situation. They were like cheat codes that allowed you to be outside while technically staying at home. Videos had already been circulated on social media of Italians singing and DJ-ing from their balconies as they threw quarantine-style block parties. My surrounding neighbourhood wasn’t quite as exciting, but I could still use it to sit outside and watch the riveting environment of my apartment block car park. Typically the sun had finally decided to make its first appearance of the year. The last two months had seen some of the heaviest rainfall on record, but the day our public interaction had been restricted, suddenly there wasn’t a cloud to be seen in the sky. Frustratingly I looked out at a colourful world that was currently closed down to humanity. Birds could be heard singing and blossom could be seen sprouting from the trees. That glorious white blossom shining in the sun reminded me that life was perennial. No matter how much the human race had endured, we had always bounced back and carried on once more. It got me thinking about what it would be like after the end of the virus when it was all over and the pubs and parks were full of people. I imagined Glastonbury festival 2021, the football stadiums full of supporters, the kids embracing with their grandparents. I imagined the Queen strolling around and greeting people with that pompous little handshake she always did. Humanity had faced world wars, the black death, genocides, but always there was light on the other side. Always there was a new dawn. Always the light was there waiting to bring the world back into life.

One thought on “Self-Isolation: The Coronavirus Diaries (day 4 and 5)”