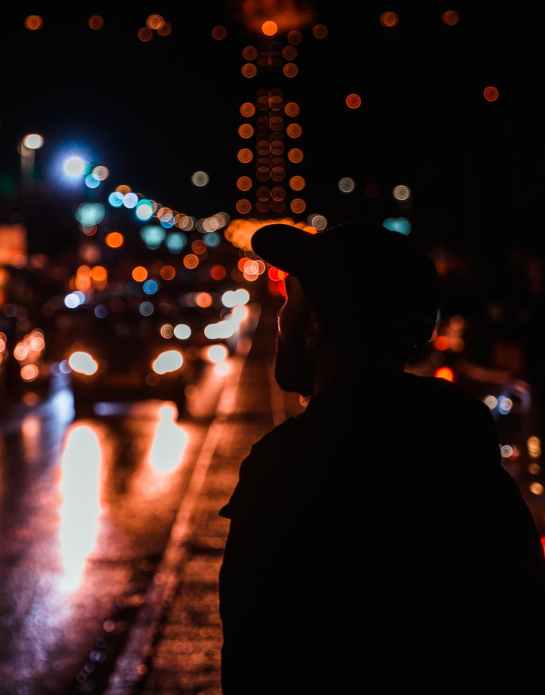 “All I wanted to do was to live, but there were systems which prevented it from happening. It was the mechanical nature of modern life which forced you into a robotic state of existence. I could see it in the stuttering traffic jams, in the ticking clocks, in the computer loading screens. The repetitive nature of everything going round and round until you became some sort of machine yourself. Eventually your thoughts and your words became as predictable as clockwork itself. Your creativity and imagination was replaced with practicality and pragmaticality. After a while life became some sort of mindless march to an unsure goal. It was like we were all creating something, but the act of finally enjoying what it was we had created never came. It was the perpetual loading screen. The feeling of completeness which never arrived. The relentless push and slog through life to get to a place which was seemingly always out of reach. Consequently we lived in a world of people staring at the red lights waiting for life to finally begin; of people staring at screens trying to find a connection that would not come; of people missing the beauty of life because of the relentless obsession with the future. It was a strange state of existence and often my eyes would look to nature to remind myself of the true rhythm of life in the present moment. Those birds swooping and soaring; those leaves fluttering in the wind; those ripples gliding across the water. As human-beings, we had deviated so far from the natural rhythm of things. We were out of sync with the universe, which was no doubt the reason why we were so destructive toward it. The thought of it all caused a great rebellion to stir in my heart. More than anything I just wanted to escape the grind, to punch the clock – to smash the machine and emerge back to a way of life that was sane. A way of life that was peaceful. A way of life that understood life was a dance to be danced and not a battle to be won.”

One thought on “~ Escaping the Grind ~”