“It had been a day of chaotic adventure and now we were back in the hostel, drinking beers and wine around a table in the courtyard. The drinks and good times were flowing along as the air was filled with the sound of Latin music and hearty laughing. We spoke of the day’s exploits; we spoke of travelling and adventure; we spoke of Wim Hof and Zen Buddhism. Suddenly came the question I despised so much. “So what is it that you Do?” one girl asked another across the table. The other girl looked up at her. “You know for work and that back home? What do you do?”. I sat back in my chair and swallowed a sip of my beer. Immediately I felt the atmosphere change. The ‘do’ question was out there and I knew it was time to categorise ourselves – to justify ourselves as functioning members of human society.

The girl answered how she was a marketing executive back in Sydney. She explained a little about her role then sat back and smiled. Her box had been ticked off: she was an accepted member of the human race. The girl carried on asking the others on the table. One guy was an accountant, another was a nurse – another a public relations manager. Tick, tick, tick. As the question crept around a table, I breathed an internal sigh of frustration. I knew I was about to be judged. I didn’t have a box to place myself in or label to slap onto myself. I was twenty-four years old and had never held a job for more than a year. I had spent the last few years post education going from job to job; from adventurer to adventure. I was officially unlabeled – a wanderer or vagabond in their civilised eyes.

The question went around the table until finally the spotlight shone down on me. They asked me and I began explaining about my life. I explained how I had worked about twenty different jobs for short periods to fund my adventures – of how I took part in medical research trials to afford those plane tickets. They all stared at me strangely. “But what is it you DO?” the girl said again. “Or what is it you want to DO?”… Their steely eyes fixated on me as they internally dissected me with a calculating look. It was a look I had experienced many times back home, but one I thought I was safe from when out on the road amongst apparent free-spirits.

I took a deep breath and tried to explain how I didn’t want a career. I explained that my only aims and ambitions were to see the world, to climb the mountains, to try and create art through my writing. I tried to explain that I wanted to delve down into the depths of the human psyche and explore what it is to exist as conscious creature in the universe. But as I rambled on I realised it was of no use. The looks of dismissal shown my cover was blown; I wasn’t a functioning member of the human race like the rest of them. I didn’t have a box of economic employment to place myself in and for that I was the weird one. My label of seclusion had been slapped on me. I was an outcast – an outsider – an alien.

“Oh well that’s cool” one person said halfheartedly after a few seconds of silence. I sat back and sipped my beer as the question awkwardly skipped onto the next person. The conversation carried on flowing; I tried to join back in but I felt that something had changed in the dynamic of the conversation. As everyone bickered away, I suddenly noticed that I was a bit segregated from the group. I couldn’t get a foothold in the conversation so I just sat there listening in, dwelling in my own ideological exclusion. Eventually I got a bit tired about it all and walked off to go drink my beer alone down by the beach – at least solitude was a reliable old friend who understood me.

As I sat there I reflected on what had just happened. The more I continued through life, the more it became clear what was required to be an accepted member of the human race. One had to fulfil some sort of title – to fit themselves into an easy-to-distinguish role. It seemed that the fate of a sentient human-being was to ‘grow up’ and become an ‘accountant’, a ‘teacher’, a ‘project manager’ – a ‘marketing executive’. Integrated into society, it was hard to avoid becoming defined in a box of some sort. Whenever people met each other for the first time, one of the first questions asked was always that merciless ‘what do you DO?’. It was a question that saddened me greatly. The context of it being the go-to question when you first met somebody implied that a human-being’s identity was primarily a job role. What made it worse was that when you answered the other person categorised and judged you on what sort of person you were, how much money you likely had, what sort of car you drove and even what politics you followed.

Unlike the other humans though, there wasn’t a singular job role out there that interested me. All I ever wanted to do was go on adventures and write here and there. People said: “oh you like writing: why don’t you be a journalist?”. I did follow my passion of writing into the profession of journalism, but my introduction to that world only left me disinterested and disenfranchised. I wanted to WRITE, not be sat behind a desk in an office typing up some press release or news story I had no interest in. That wasn’t what writing was in my eyes – that wasn’t really what living was in my eyes either.

As I sat there drinking my beer and staring out into the sunset sky, I decided that I just had to accept that I was an undefined being. I was a man without a label; a citizen without a box. I was a person who belonged to tribe or had no particular trade. As I rode down the highway of life, I was destined to continue being undefined – a wanderer with no role other than to rescue my own truth and bliss from the wilderness. I wasn’t compatible with society, so instead I roamed the earth, I stared up into the skies – I drank beers alone and waited for words of wisdom to pour down onto the page. In all the madness of human existence, I was a solitary gypsy spirit doomed to forever wander with that wild wind. That – it turns out – is what I did. That is what I do. And that – I guess as I sat alone scribbling on a piece of paper for the rest of the evening – is what I would always do.” 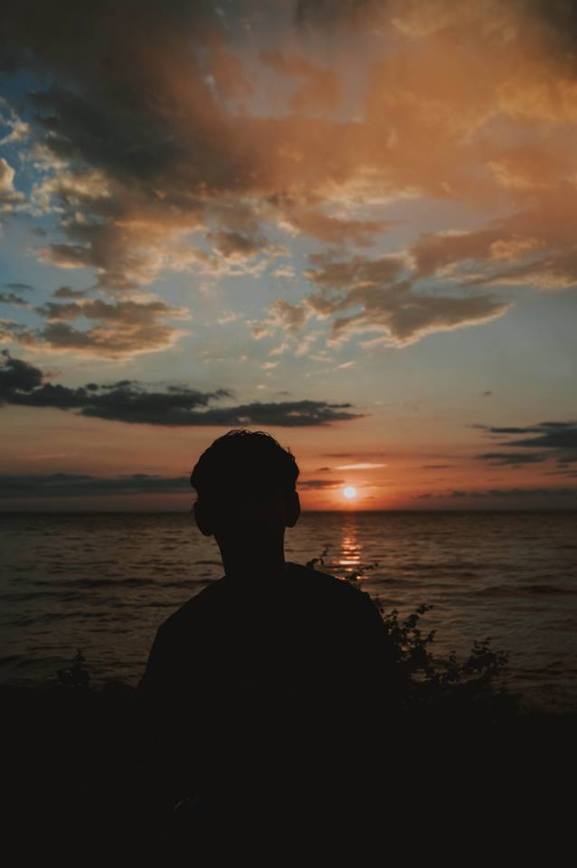 (taken from my book ‘The Thoughts From The Wild’ available here)