“At the tail end of my twenties, I stood and looked out at a society of sane and stable minds. I saw people who were settled and content. I saw people who fitted in neatly to the system. I saw people who strolled through life without any real problems. To see myself as one of them was almost impossible. Everything that came so easily to everyone: jobs, sanity, expectations and small-talk was like poison to my soul. I was one who didn’t see the world as they did. I went on adventures in my mind. I looked out for the birds overhead. Instead of thinking about laying roots, I dreamed of flying away to far-off lands. I walked those streets and felt like a foreigner in a strange land, looking out for someplace I belonged or could at least take shelter in. And those faces that passed me: I couldn’t relate to any of them. The mouths that moved but did not speak; the eyes that looked but did not see. Who were these people? Where had they come from? To roam alone your whole life craving connection with another but to somehow never find it is perhaps the greatest loneliness of all. Alone in the crowd you yearn for some sort of communion, but those streets leave you feeling like a creature from another star system. As time goes on, you gradually accept that those people aren’t feeling what you’re feeling and seeing what you’re seeing. Your place among their world is non-existent, and consequently you become a wanderer of the outside spaces. Those spaces are ones of constant reflection and for me I do not know what awaits me out there in the future. I didn’t ask to come to this place and now I am here I hope to find my way to some sort of home. I’m a long way from that but I will carry on toward a place where I understand my reason for being. Before my death, I hope to know what that is.” 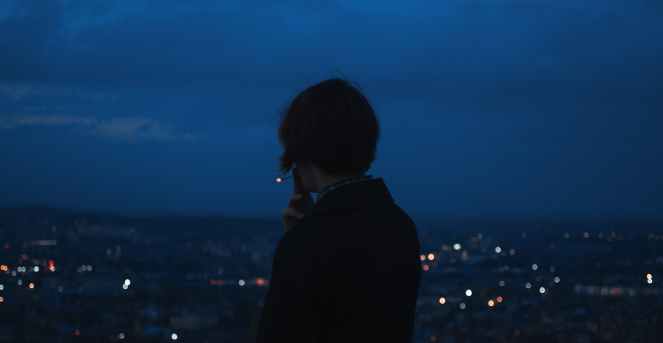